Your Brain on Thyroid Hormone 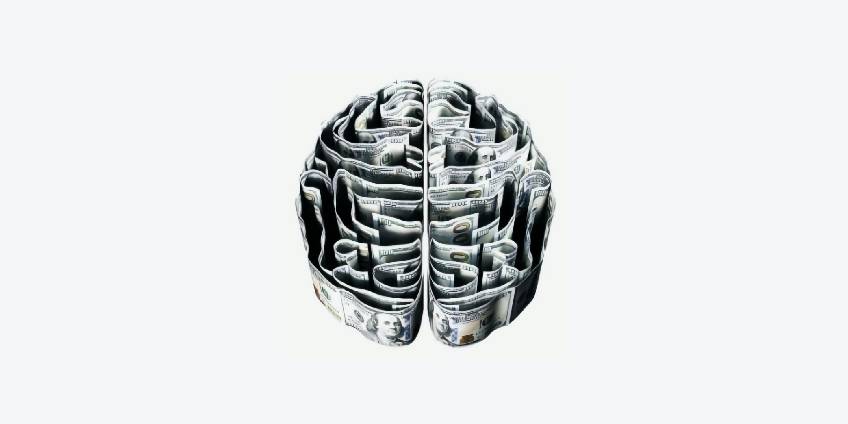 There is no question that thyroid hormone affects the functioning of your brain as some of the more common symptoms of thyroid related issues are brain fog, fatigue and depression. In fact, one paper measured the levels of thyroid hormones in people with Major Depressive disorder and found significant decreases in both TSH and T3 levels in the people who were depressed compared to healthy controls. The same paper also found significant changes in the prefrontal cortex of the brain in these individuals, which is associated with higher levels of executive function and behavioral control. Although depression is not purely a chemical imbalance in the brain, the two primary neurotransmitters often targeted in depression seem to play an important role in having normal thyroid function. These two neurotransmitters are serotonin and dopamine.

How do I tell if my neurotransmitters are low?

Currently there is no readily available accurate way to test neurotransmitters. However, you can get an idea of certain neurotransmitter metabolites on a urinary organic acids test. This is one of the better ways of determining neurotransmitter production outside of the very secure cranial vault where the brain is housed. We often see the urinary results correlate with symptoms, but it is important to take into account how the patient is feeling before adding a neurotransmitter therapy.

What are some possible symptoms of low serotonin?

What are some possible symptoms of low dopamine?

How can thyroid hormone effect the production of these neurotransmitters?

Neurotransmitters need to be built from amino acids. These amino acids are like Lego pieces and participate in many different functions in the body. You put a lot of these Lego pieces together and what do you get? Protein. All protein is made up of a bunch of individual amino acids. So the very first step to making sure you are making neurotransmitters in your body is to make sure you are getting enough complete protein in your diet. You also want to make sure you are absorbing the protein you are eating and it is primarily stomach acid that helps do this. The amount of stomach acid you produce is related to your thyroid hormone. Thyroxine (T4) has been shown to play an important role in stomach acid production. In fact, some animal studies where they removed thyroxine in animals saw a dramatic decrease in stomach acid production. Digestive enzymes like betaine hydrochloride can help these people break the vicious cycle of thyroid dysfunction causing poor absorption, which can cause poor protein and amino acid absorption, which are the constituents neurotransmitters and healthy neuronal firing.

Myelin, which serves as the outer coating of nerves, helps to speed up the nerve conduction velocity. When our neurons lose myelin it literally takes longer for the nerve conduction to happen, which means longer nerve processing time and greater desynchrony in the brain. There have been several studies showing that thyroid hormone has been found to play a very important role in maintaining the health of our neurons through the stimulation of myelin producing cells.

If you read the previous article, you will know that inflammation caused by immune dysfunction can wreak havoc on not only your thyroid gland but your brain too. As inflammatory levels rise, brain function goes down. I would even go as far as stating that inflammation is the biggest contributing factor to brain fog.

Here is a question with an interesting answer – What makes up 85% of your total brain volume? I’ll give you a hint: it’s not neurons! It’s actually immune responsive cells called glial cells. For every one neuron you have there are eight or nine glial cells surrounding it. These cells are highly immune responsive and can interfere with proper neuronal function. They are the reason why you might have decreased brain function during bouts of sickness or some people get emerging symptoms weeks or months after a head injury. One study looked at inflammatory compounds and how they affect thyroid hormone . They found that not only do these things inhibit the hypothalamus and pituitary gland, but they also interfere with the receptor site sensitivity for thyroid hormone. Cortisol (an adrenal hormone) has also been shown to do this very same inhibitory action on the hypothalamus, the pituitary and the thyroid receptors. The best to decrease inflammation is to avoid any unnecessary immune reactivity and immune triggers. This means modifying anything in your diet and lifestyle that may be contributing to inflammation. The two biggest changes you can make are: an anti-inflammatory diet and reducing toxic exposure.  Another way you to enhance brain function as well as adrenal function is to control blood sugar levels. Note: There will be an article on how the adrenal glands can affect the thyroid later in this series.

The brain is without a doubt the organ in the body that is most sensitive to blood sugar. Fluctuations in blood glucose not only have a direct impact on brain function, but it can also drastically effect plasma levels of amino acids. Remember amino acids make neurotransmitters which are essential for proper neuronal function and therefore proper brain function. The best way to tell if you have any related blood sugar issues is if you simply have energy fluctuations throughout the day. These can occur at any time, but most commonly we see the fluctuations happen around 3 – 5 pm. The best thing you can do for controlling blood sugar (whether it be high or low) is to eat frequently and to make sure a good amount of protein/fats are included every time you eat.