What Sugar Does to Your Brain 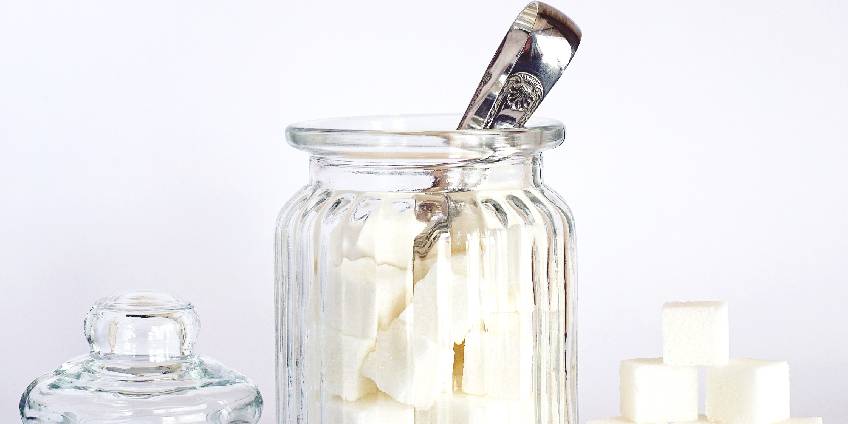 Back in the 1990’s, research was done that stated sugar does not have any “cognitive effect” on a child or an adult’s brain (1). I’m sure any teacher or parent who read this was appalled because they can quite literally see the change in children when they’ve had too much sugar. The research that was conducted used sucrose (glucose and fructose) as well as two artificial sweeteners; aspartame and saccharin. There was no control group with a complete elimination of any dietary sweetener or sugar. With the research out on what artificial sweeteners do to the brain, this experiment is hardly valid anymore. Luckily new research is out that is delving into chronic sugar intake and how it effects the brain of adults and children. Specifically, we are looking at what it does to our levels of dopamine.

As a disclaimer, not all kids and adults with ADHD have a dopamine deficiency. This is why not all medications that use the dopamine pathway work for everyone. For example, Concerta or Ritalin may make someone’s symptoms worse. There are other neurotransmitters that can be causing your symptoms such as GABA, serotonin, norepinephrine and so on. For this article, however, we’re going to focus on dopamine.

With that being said, let’s look at what sugar does to everyone’s brain 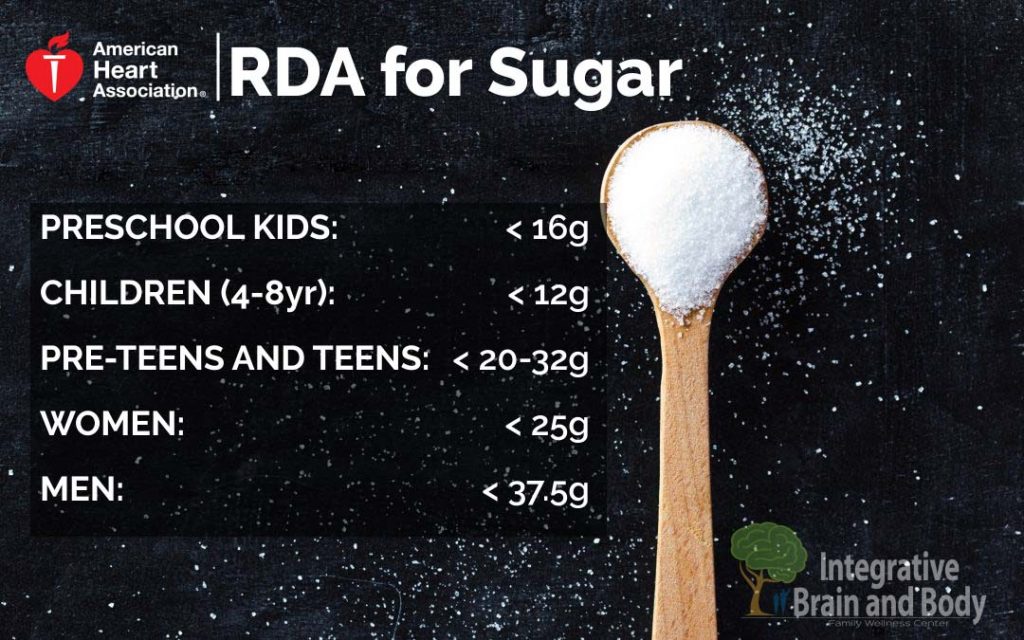 Acute scenarios of sugar intake can actually enhance a person’s dopamine levels (2). In rats, the ingestion of sucrose, or table sugar, resulted in an immediate increase in extracellular dopamine in the nucleus accumbens (2). In the brain, dopamine plays a major role in reward-motivated behavior. It also helps with control of our movements. Since acute sugar intake increases dopamine, it gives us a sense of reward, accomplishment and motivation and can give us an energy boost. However, how often do we “acutely” eat sugar? How many of us are consuming sugar every day, multiple times per day? This goes beyond just added sugar to foods, but very carbohydrate heavy meals such as rice, pasta, breads, potatoes, pancakes, muffins, doughnuts, bagels, and cereal. Look on the back of your small, perfect size for a snack yogurt container and see how much sugar is there. Often times that small container has over half your RDA of sugar!

CHRONIC consumption of sugar causes negative changes in dopamine receptors in people with AND without ADD/ADHD.

Take a look at the image below. Lets say a child (age 4 to 8 years), wants some orange juice for breakfast. One 8oz cup of orange juice is around the size of a baseball. For each cup of orange juice, there is roughly 20.8g of sugar. How many kids would just drink the small 8oz cup? How many would drink more, like the bigger glass? In that big glass contains 41.6g of sugar. That is 347% of a child’s recommended intake for sugar! That means that the child who would drink that one glass of orange juice, would have taken almost three and a half days worth of sugar in that one sitting! That doesn’t even take into account if that child had cereal or grains for breakfast too. 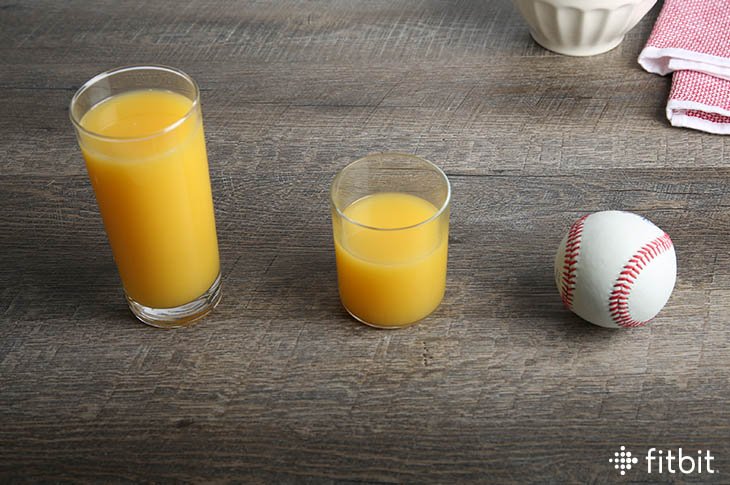 Chronic sugar ingestion causes our brains to downregulate dopamine receptors (3,4). Receptors on a cell create a door for the neurotransmitters or hormones to go through. It isn’t until dopamine is inside the cell that we feel the effects of it. When we have too much dopamine from too much sugar, the brain’s defense mechanism is to create less receptors for the dopamine so we don’t get too much in the cells.

The dorsolateral prefrontal cortex and medial prefrontal cortex of the brain are involved in controlling behavior and motivation (5). These areas of the brain are very dopamine heavy. Chronic sugar consumption means these parts of the brain are not receiving the appropriate amount of dopamine to be activated. That translates to poor behavior, lack of motivation and lack of a reward system. The result is a person needs to eat more and more sugar to turn on those parts of the brain (6). This can easily explain why so many kids with behavioral issues crave macaroni and cheese, pizza, cereals, pancakes and anything extremely carbohydrate or pure sugar heavy.

Brain dopamine signaling is different in patients with ADHD compared to those without (2).  Adults with ADHD show fewer dopamine receptors in the left ventral striatum (involved in reward behavior), left midbrain and left hypothalamus (involved in memory) (7). According to research, the greater the degree of inattention for a person, the less dopamine receptors they have (7). There is also a reduced glucose (sugar) metabolism in the prefrontal cortex of adults with ADHD (8), which is where most of our decision-making skills are located. Glucose is the fuel source for our brain. The prefrontal cortex sends information to the frontal lobe to get it firing appropriately.

The frontal lobe is responsible for:

Some call it the “control panel” of our personality. If the prefrontal cortex isn’t getting its fuel, then it can’t get the frontal lobe to fire. Since people with ADHD already have issues with sugar metabolism and dopamine receptors, they are more prone to sugar addictions! These sugar addictions can cause a vicious cycle, leading to even less dopamine receptors and even greater behavioral issues. There is some research asking if chronic sugar consumption caused these deficits. No matter if it caused it or didn’t cause it, adults and kids with less dopamine receptors tend to crave more sugar to get that dopamine kick.

The Bottom line is…

Yes, sugar can increase dopamine, but too much sugar causes less dopamine in the cells, which means we don’t feel the effects of that dopamine. Knowing that sugar leads to fewer dopamine receptors and can enhance behavioral issues, it is time use other means to NATURALLY increase dopamine to get our kids or ourselves away from chronic sugar consumption. One of the best things we can do for ourselves is movement. Even if it is simply a 10-minute walk per day. Back when I was a kid, my mother used to make us go on a “family walk” every night after dinner. Even during the winter, pitch black outside, bundled up to our eyes in winter gear we would walk around the subdivision after dinner. I may have hated it then, but now I’m grateful she formed that habit for me. When I’m stuck on a problem, stressed or clutter brained, I go for a walk. Movement is great for the brain and an excellent neurotransmitter booster. Another thing I strongly suggest is proper lab work. We need certain nutrients to make neurotransmitters such as dopamine. Proper lab work can show you if you or your child is lacking those nutrients such as magnesium, iron and B vitamins. Create goals that end with a positive reward system. Of course, a well-rounded diet is also going to be extremely beneficial as well.

Want to Find Out if Sugar is Impacting Your Health?

Getting blood sugar under control is an essential step for not just brain health, but total body health. If you are interested in working with a Doctor, both locally or long distance, please click the button below and we will contact you!