This Organ Produces the Most Active Thyroid Hormone, and Its NOT Your Thyroid Gland - Integrative Brain and Body Skip to content

This Organ Produces the Most Active Thyroid Hormone, and Its NOT Your Thyroid Gland 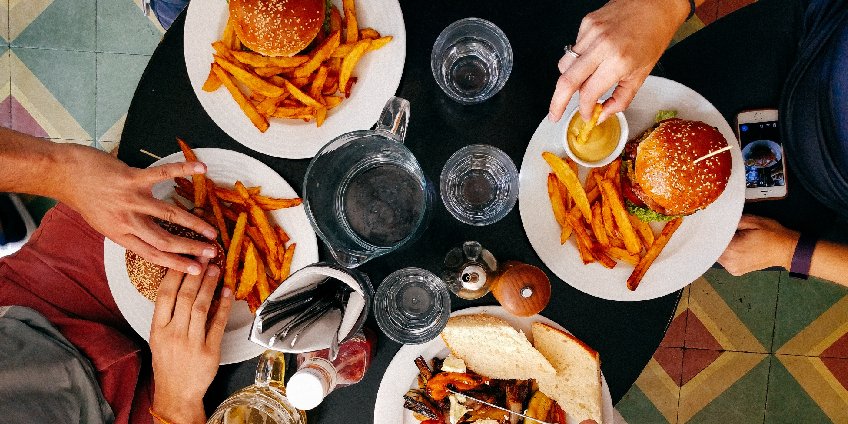 So where does the majority of my active form of thyroid hormone come from? 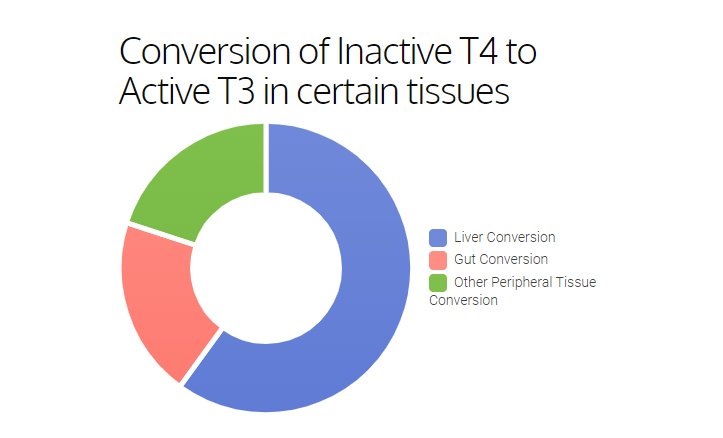 This has been known for decades now in the literature, and yet it still doesn’t get much recognition.

One study (2) showed that 23 patients with extreme liver function also showed a significant portion of these people with enlargement of their thyroid gland called a goiter. A goiter is often seen in those with more severe hypothyroidism. What was even more interesting is that after their liver recovered all but one person’s goiter was clinically undetectable.  The same study also showed that after liver recovery all thyroid variables were normalized. We can see that in studies that look at other liver functions (like the flow and production of bile) demonstrate a clear association with a decrease in bile flow and those with hypothyroid. (3,4) When you decrease bile flow, you also increase the prevalence of gallstones. It is no surprise that there is an increased prevalence of gallstones in those with hypothyroidism (5,6). One of the many other functions the liver has is cholesterol production and metabolism. There have been animal studies showing that cholesterol metabolism is impaired with lower thyroid hormone. This actually was reversed when the animals were given thyroid hormone (7). So there is a clear relationship in the literature in thyroid dysfunction with liver dysfunction, and this relationship is a two-way street. So liver function affects thyroid hormone and thyroid hormone affects liver function.

What the end goal is to live a lifestyle that promotes harmony of all systems in the body so you don’t have to medicate these symptoms.

Using the paycheck and bank analogy above, when it comes to thyroid hormone, having a good liver is like having a friendly bank. A friendly bank that has very little fees can turn convert pretty much all of that paycheck into actual money. Now let’s say you were a part of a different bank, one that would charge you fees for everything under the sun. You want to go inside and talk to the teller? There’s a fee for that. You didn’t keep a minimum balance? I’m sorry there’s a fee for that, too. Oh, and that ATM you used back in December? Yeah, we had to charge a fee for that. Now that we are talking about fees you have Paper Statement fees, and returned mail fees that will go into effect next week. So you said you wanted to make a deposit? Just don’t make it too big because we have a big deposit fee too…The point being is that with a fee ridden bank you are going to end up with less actual money than what is said on that paycheck. A dysfunctional liver is like a dysfunctional bank, you are going to get less actual active hormone T3 conversion compared to a healthy functioning liver.

The conversion of T4 to active T3

Since the majority of thyroid hormone released from the thyroid gland is inactive, we need to rely heavily on the conversion of its inactive form to the active form. Remember, the liver is responsible for 60% of this conversion to active T3. The enzyme that produces active T3 from the inactive T4 comes from a class of enzymes called the deiodinase enzymes. This enzyme will strip one of the four iodine molecules off of T4, and thus leave it with three iodine molecules left, T3. This is why it is called a DE-iodinase enzyme. To make things even a little bit more complex is that there are multiple types of deiodinase enzymes. The reason why the body is suspected to have different types of deiodinase enzymes is thought to be a regulatory mechanism. The liver primarily has two different types: both Type 1 Deiodinase (DIO1) and Type 3 Deiodinase (DIO3). DIO1 is responsible for producing active T3, while DIO3 actually produces something called reverse T3 which is inactive. When an individual is stressed, sick, inflamed or all three this upregulates DIO3 in the liver (8) which will in turn produce more inactive reverse T3. So it is important to look at stress and inflammation in those with thyroid issues for this very reason. These deiodinase enzymes are also heavily dependent on selenium, which is a very important nutrient for thyroid function. 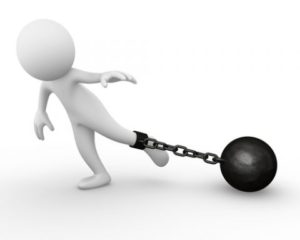 Homocysteine and your thyroid gland

Homocysteine is a molecule that is overproduced when a process in the liver called methylation is impaired. Methylation is highly depended on vitamin B status, as well as many other compounds. There are also many genes as well as gene mutations that can affect methylation (this is a topic in and of itself). Elevated homocysteine can contribute to atherosclerosis, brain degeneration, and it can actually bind to thyroid receptors and block the entrance of thyroid hormone into the nucleus of the cell (12)

Your Liver, Your Gut Bacteria, and Thyroid Hormone

In a previous article, I mentioned that your liver will produce two different compounds called T3-Sulfate (T3S) and T3-aceticacid (T3AC). These two compounds are then sent to the gut in which our gut microbes can convert these compounds into T3. It is estimated that this can account for 20% of your total T3 (1).

When looking at someone with thyroid dysfunction it is also important to look at the other tissues that help play a role in thyroid hormone production. Now I want to hear from you! Have you had your liver, gut, or kidneys looked at from a thyroid hormone perspective?