The Number One Cause of Digestive Symptoms 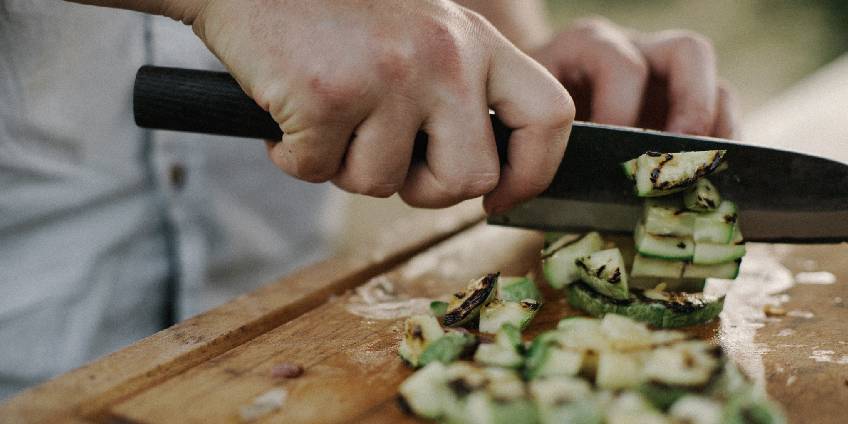 Our digestive tract is one of the most researched topics in medicine today. Hippocrates, who is considered “The Father of Medicine,” once stated “Look to the Gut. There you will find the cause of all human illness.” Today, this message still holds very true and many practitioners who are staying current in the research are promoting gut health more and more. We are finding out more everyday about how our gut health shapes the health of our entire body. Part of this is due to the many microbes that live in our gastrointestinal tract.

Our Large intestine is home to an inconceivable amount of bacteria. If you took the population of our entire planet, which is around 7.1 billion people, and compared it to the number of bacteria in our GI tract it wouldn’t even reach 1/100th of our bacterial population in the GI tract. In fact, we would have to have over 14,000 earths to reach what is considered a normal large intestine bacterial population. Our large intestine is home to roughly 100 trillion bacteria (1). Yes, that is 100,000,000,000,000 microorganisms. Research in this field of microorganisms is booming, but it is no easy task. They are finding out that the gut microbes can impact your health in many ways and can affect your brain, gut, heart, liver, kidneys, prostate, lungs, pancreas and immune system (2). For this article we are going to focus on the reasons why your gut microbes may be giving you gastrointestinal symptoms/IBS.

If you have been diagnosed with IBS, you are not alone. 10 to 15 percent of the population has been diagnosed with IBS. The diagnosis for Irritable Bowel Syndrome is frustrating for most patients because it is simply a diagnosis by exclusion. This means that your doctor ran a bunch of tests to look for signs of pathology (like Celiacs, Crohns, or Ulcerative Colitis), but couldn’t find anything. Since your doctor doesn’t really know what’s causing your symptoms, the diagnosis of IBS is made.

Though IBS can effect more than just the gut, some of the more common gut related symptoms consist of:

Because IBS diagnosis is made by exclusion, the symptoms and cause is not well known and is different in everybody. Recently the work of Dr. Mark Pimentel has gained much attention. His work shows a commonality among IBS patients, which is exciting news. His study looked at the prevalence of bacterial overgrowth into the small intestine in patients with IBS. What he found was (3):

Small intestinal bacterial overgrowth (SIBO) is relatively common in people with IBS. To understand how SIBO can contribute to IBS like symptoms we must first have a basic understanding of absorption of food in theGI tract.

Your GI tract is essentially a long tube that runs from our mouth to your rear end. The average GI tract measures at around 30 feet. Think of these 30 feet like a runway in which food slowly moves along. Now there are specific sections of the runway that are devoted for the absorption of food. As soon as food gets released from the stomach it gets sent to the small intestine. This 20 foot section of your GI tract is where 90% of absorption should occur. The fraction of undigested food left in the small intestine gets dumped into the large intestine where the all of the undigested food actually feeds your 100 Trillion microbes. When bacteria metabolize food they produce (primarily) two different things: gas and short chain fatty acids. The gas component is one of the most common findings in people with SIBO. The reason for this being that in SIBO the bacteria translocate from the large intestine to the small intestine. The small intestine should be relatively barren of bacteria. The reason for this is the small intestine is where 90% of the absorption of your food and nutrients occur. If you have an overgrowth of bacteria in that portion of your GI tract you are now directly competing with that bacteria for your nutrient absorption. This means less food/nutrients for you and more food for that bacteria that have overgrown. The more food for the bacteria means more fermentation, which in turn means more gas/bloating and other bowel symptoms. This is the basic mechanism of how SIBO creates GI symptoms.

What can be done to help rid the symptoms?

Typically with SIBO there is one thing that must be done first – get rid of the bacteria that are causing the symptoms. This can be done with two steps: killing and starving. Usually practitioners do both of these at the same time.

Killing the bacteria means using specific antibiotics or antimicrobials to kill the overgrowth of bacteria. Popular antibiotics when it comes to SIBO are: rifaximin and neomycin. Rifaximin is the more common approach but a combination of Rifaximin and neomycin seems to be more effective than rifaximin alone (4). In more recent literature, it has been found that natural herbal antimicrobials were more effective than rifaximin alone(5). This may be a more cost effective way to eradicate SIBO considering rifaximin can cost around $1500 per cycle of treatment (6). Most people seem to tolerate the herbal antimicrobials a little bit better than the pharmaceutical antibiotics as well.

Starving the bacteria helps further get rid of the bacteria that has overgrown in the small intestine. This does not mean to starve yourself. In order to have a healthy body we need nutrients. What it means is to eliminate the food that may be harder to digest. This is the basis behind a few different diets like GAPS diet, the specific carbohydrate diet and the low FODMAP diet. In our clinic we utilize all three of these diets with the low FODMAP being the most common. The low FODMAP diet is an acronym for:

Essentially all of these types of foods are foods that may be difficult to digest and absorb. A great FODMAP food list can be found here, made by Aglaee Jacob R.D. (I hope she is alright with me using her as a resource. If she asks, tell her that Dr. Scott Beyer from Integrative Brain and Body sent you!) By being difficult to absorb it ultimately feeds the bacteria. When the bacteria feed on things, they ferment them and create the gas we were talking about earlier which can contribute to gas/bloating and other GI symptoms. By removing the food in your diet that is difficult to absorb you not only starve the bacteria that are giving you GI symptoms, but you absorb more of the nutrients you eat which are needed for a healthy body.

How Effective is a Low FODMAP diet?

In one of the larger studies to date (7) with 222 patients, it was reported that 76.9% of patients had a resolution of their abdominal pain, gas/bloating, constipation and/or diahrea when they limited fructose in their diet. What is even more interesting is fructose is considered to be just one of the many FODMAP foods. Perhaps the 76.9% would even be higher if they eliminated some more of the problematic FODMAP foods.

Another study (8) which utilized a complete FODMAP restriction showed that 86% of people reported a partial to full efficacy. Of all of the symptoms reported, the two symptoms with the greatest improvement included bloating (82%) and abdominal pain (71%).

If you feel that you cannot get better even with a low FODMAP approach than you may want to find a functional medicine practitioner. The practitioner may need to run a few tests to rule out GI infection or motility problems.

Now I want to hear from you. Did you notice a decrease in your symptoms from doing a low FODMAP diet?