The Little Glands That Can Put a Stop to Your Autoimmunity 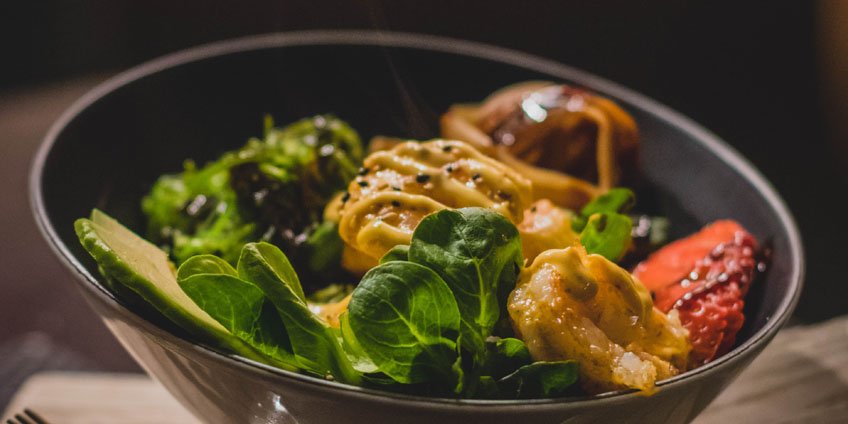 About 3 inches out from the middle of the small of your back sits two little glands weighing at about 5 grams each. These glands are hugely important for controlling normal healthy homeostasis and can help put out the flames during an autoimmune flare up. What are they? Your adrenal glands. The adrenal glands help the body stay in its normal comfort zone by releasing certain hormones when our body is under stress. Stress comes in 3 different forms that the body recognizes. Immediately when I say the word stress people think of the first 2 forms – emotional and physical stress. Examples of these include run ins with your boss, arguing with family members, a death in the family, divorces, relationship drama, being overworked, etc. While these are very important and can affect the health of your body, they take a backseat to the third type of stress, which is chemically related. Nothing will fatigue your adrenals out faster than chemical stress. These pose a more immediate threat on the body and include things such as: If someone taped your mouth shut, plugged your nose and deprived you of oxygen the last thing you would be worrying about at that moment is the problem you had with your boss at work. Deprivation of oxygen is chemical related stress. When you have things like an anemia (where your red blood cells have reduced oxygen carrying capacity), over time it will wear away at your adrenals. Skipping meals or overeating carbohydrates over time can wear away at your adrenals as well. Having a chronic infection will once again wear away at your adrenals. All of these things on top of some of the emotional and physical related stresses can create a syndrome we call adrenal fatigue.

The Generalized Stages of Adrenal Stress and Fatigue

To understand how your adrenals can affect your autoimmunity we must first talk about the stages of adrenal fatigue. Much of the initial research done about stress and our body was done by a man named Hans Selye. He categorized stress in 3 simple stages (1): alarm stage, resistance stage, and exhaustion stage.

This is considered the initial response to stress. The adrenal glands release chemicals and hormones such as cortisol and epinephrine to help you quickly adapt to the demands of stress. Most people actually feel better during this stage. They feel more alert, focused and less overall fatigue. In many psychological papers this initial type of stress is considered eustress and can actually be helpful if done occasionally. If we compare your adrenal glands to a car this is like stepping on the gas pedal harder than normal to accelerate the car. It gets you motivated and moving. The problem is most people are exposed to chronic stress and have their foot on the gas pedal too often. This moves an individual into the next stage – the resistance stage.

With the resistance stage an individual may start noticing they do not have as much energy or ability to handle stress as well as they could in the past. However, they are busy so they must keep up with the daily demands. Sometimes people turn to caffeine to keep them going. They may feel as if they can go without it, but it helps them to stay focused and alert and they feel they may get more done with it. Meanwhile, your adrenal glands are trying to keep up with your habits and daily demands. The adrenal glands start utilizing precursor hormones and other substrates to manufacture the hormone that keep you going: cortisol and epinephrine. The problem is there is only so much substrate to go around. Going back to the car analogy this would be like redlining your car for a prolonged period of time.

The third and final stage is when finally the adrenal glands can’t keep up with the bad habits and daily demands we put on ourselves. In this stage we typically see less than optimal cortisol being produced. The car has officially run out of gas. These people no longer occasionally use caffeine to help them, but they require it. They can’t seem to function if they don’t have it. Symptoms of this stage include brain fog, fatigue, difficulty staying asleep, typically waking up like clockwork in the middle of the night (sometimes with racing thoughts, and can’t fall back asleep) and waking up feeling like they could use another 4 hours of sleep. These people are not morning people. In our clinic this is the most common stage we see people in based on specific hormone testing. According to the literature, most people with a chronic autoimmune disease fall into this category, which unfortunately does not bode well for their autoimmune condition. The reason for this is primarily because of the hormone cortisol’s actions on inflammation.

Cortisol is a hormone that comes from the adrenal glands that in my opinion has gotten a bad reputation. We need cortisol. It is important for many different things: The feature that is most important for Autoimmunity is that last bullet point: “Extremely potent anti-inflammatory.” Remember inflammation only comes with immune activation. They are paired together. You cannot have one without the other. If you read the first article in the Autoimmune Series, you know that people with autoimmunity typically have overactive immune systems. So heightened activity of the immune system means that they also have heightened amounts of inflammation. One of the ways your body controls the inflammatory fire is with cortisol. Cortisol is the leash that keeps our immune system in check. Similar to a hyperactive dog that broke its leash, without cortisol our immune system runs unchecked and tends to be overactive. So it makes sense that in the literature there is a common trend that associates chronic autoimmunity (which is immune hyperactivity) to insufficient cortisol response and production. One study states that in Sjogrens (an autoimmune condition against exocrine glands) (2):
SIALOCHEMISTRY AND CORTISOL LEVELS IN PATIENTS WITH SJOGREN’S SYNDROME

– Journal of Oral Diseases – 2012
Another study, looking at levels of cortisol in people with psoriasis stated (3):
HOW STRESS GETS UNDER THE SKIN: CORTISOL AND STRESS REACTIVITY IN PSORIASIS.

– British Journal of Dermatology – 2010
Many more autoimmune conditions were shown to have low cortisol, such as: Hashimoto’s thyroiditis (4), multiple sclerosis (5), type 1 diabetes (6), Lupus (7), and idiopathic juvenile arthritis (8). It seems to be a common trend of adrenal fatigue/ decreased adrenal cortisol output in those with autoimmunity. Now the medical route to having lower cortisol is to give drugs in place of it. These are a class of drugs known as corticosteroids that look structurally similar to cortisol. Some of these drugs include cortisone, prednisone, hyrdrocortisone and dexamethasone. While these drugs certainly help to lower levels of inflammation, most people are reluctant to use them long term because of their long list of side effects like weight gain and fat deposit, osteoporosis, elevated blood pressure, elevated blood glucose, glaucoma, edema in the legs, mood issues, memory issues, psychological effects and increased risk for infection. We find that if you can change someone’s lifestyle and take some of the stress off the adrenal glands, the need for outside sources of corticosteroids decreases and the intensity, duration, and frequency of autoimmune flares are decreased. Some people were even able to get off their corticosteroids altogether. To determine what is best for you to do, find a functionally oriented practitioner that will help you change your lifestyle while also recognizing when to use these drugs. By removing stress that require adrenal activation you will have more of a reserve to help dampen inflammation where its needed. Though every case is different some broad recommendations to help control stress on the adrenal glands include: