The Gut Brain Relationship in ADD/ADHD 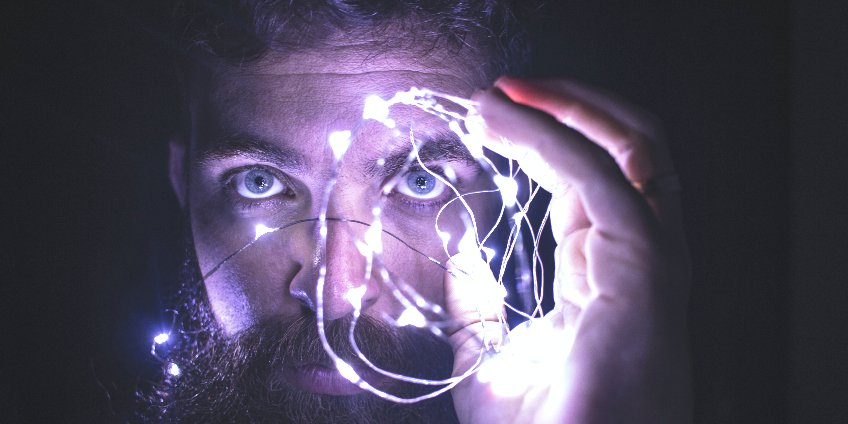 The brain has many areas that are involved in gut function. This includes the frontal cortex, insular cortex, hypothalamus and the vagal motor nuclei. It is the vagal nuclei that work directly with the gut via nerve branches and chemical messengers. For nerves to function they have to be activated. One of the biggest activators of the vagal nerve and nuclei is the frontal lobe. Children and adults with ADD/ADHD generally have a weak frontal lobe!

The frontal lobe is involved in

All of those are thought to be difficult for someone with ADD/ADHD. If the frontal lobe is weak it does not activate the vagal nuclei well and therefore the gut will not function well either. This will cause changes in gut motility, changes in the release of digestive enzymes, intestinal valve control, gallbladder function, pancreatic function, pain processing and intestinal blood flow (1). What does that translate to? Poor nutrient break down, poor nutrient absorption, the potential for GERD, constipation and gut permeability problems.

When you lose adequate activation from the brain you will lose the ability to release digestive enzymes that are essential for breaking down your food especially high protein foods (2). This is important because we need these nutrients in order to make neurotransmitters such as dopamine and serotonin. A person will also have a hard time with pancreatic enzyme release meaning they cannot break down starchy foods. The gallbladder will not contract well to release bile and now there is a difficulty with breaking down fats and fried foods and have the potential for gallstones. This all leads to a lot of upset stomachs, constipation as well as inflammation. When you have inflammation of the gut you will have inflammation of the brain. An inflamed brain is not a brain that is working at its best!

The Brain to Gut Relationship is a Two Way Street

As mentioned before, there is bidirectional communication between the brain and the gut. The gut will communicate with the brain through chemical messengers. These chemical messengers will have an impact on glial cells (immune cells of the brain) and neurotransmitter pathways (3). For example, gut peptides have been linked to depression, mood disorders, schizophrenia, PD and memory impairment in the scientific literature (4). Ghrelin, an appetite regulator hormone, will circulate form the gut to the hippocampus of the brain and enhances memory and learning by generating long-term potential changes (5). Neurotensin, which helps with intestinal barrier function, has a close anatomical and functional relationship with the brain’s dopaminergic system and has been shown to play a roll in psychiatric and neurological disorders (5). Cholecystokinin, a hormone important in regulating the digestive system, also has an important role as a neurotransmitter regulator and neuromodulator (4). The gut flora (bacteria in your gut) influences gut chemistry as well as brain chemistry (6). Neurochemical imbalances may actually originate in the gut according to some research (7). What does this mean?

Your child’s gut could be causing or
enhancing ADD/ADHD symptoms.

Whether communication between the gut and the brain was compromised via the gut first or the brain, the disconnect often results in gut permeability or leaky-gut. Tight junctions that make up our gut barrier become enlarged and allow large, undigested protein to cross the barrier. This causes an immune system reaction, intestinal inflammation, and further break down of tight junctions. The result is paradoxical malabsorption of nutrients meaning that your child is eating nutrients, but not absorbing them. When large proteins cross the barrier, immune cells respond by creating a mucous buildup that covers the intestines. The mucous prevents small nutrients from passing through the barrier leading to malabsorption (8). When this happens we cannot give our body the nutrients it needs to make neurotransmitters. The mucous buildup does not prevent the large, undigested proteins from passing through the barrier because of how heavy they are. This leads to an enhanced immune reaction, more mucous and more inflammation. This vicious cycle will continue unless addressed!

At Integrative Brain and Body we use a stool analysis to determine the health of an individual’s digestive system. We also perform tests to determine how well the brain and the gut are communicating. For example, we will evaluate the vagal nerve by listening to bowel sounds, evaluating the elevation of the soft palate and evaluating the gag reflex. Vagal nuclei that are functioning properly will elicit equal soft palate elevation and uvula movement, an appropriate gag reflex and bowel sounds. If you think your vagal nuclei are not functioning optimally there are some activities you can do at home to help. This includes:

The vagus nerve is responsible for these functions and exercising, just as if if were a muscle, can improve brain – gut communication. If you don’t use it, you’ll lose it: 90% of the brain’s output goes to the brainstem – where the vagal nuclei are. If the brain (such as the frontal lobe) cannot stimulate the brainstem where the vagal nuclei live, it will begin to lose its function and thus GI function will suffer. Brain pathways can be strengthened just like muscles.

What are some common causes for poor
gut-brain communication?

One is concussions. This causes large amounts of inflammation in the brain, which disrupts the communication pathways (9). Another common way is through the Standard American Diet (SAD). The SAD consists of fast foods, processed foods, grains and milk. SAD lacks fresh fish, raw nuts and seeds and vegetables. The Standard American Diet is is a very inflammatory diet! An inflamed diet is an inflamed gut. Pro-inflammatory diets put you at a high risk for gut permeability problems (leaky gut). One very inflammatory food is gluten (yes, gluten) due to how it has been hybridized and deaminated. There is scientific evidence that links gluten to leaky gut (10). The second most common inflammatory food includes dairy due to whey and casein. Gluten and dairy are the two foods most kids crave and the two they are usually most sensitive to, which can cause many of their ADD/ADHD symptoms.

ADD/ADHD is a neurological issue based in the brain. When the brain is involved the gut is also involved. Due to the bidirectional communication and how linked their immune functions are it is imperative to take care of both in anyone with ADD/ADHD. Integrative Brain and Body looks at the brain and the gut. Understanding their relationship and making the appropriate changes can be the key to relieving your child of ADD/ADHD symptoms.