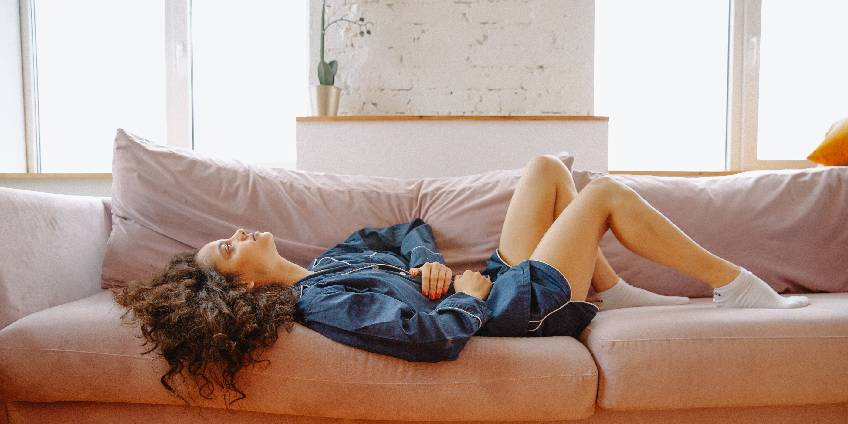 The complexity of our gastrointestinal system is second to only the complexity of our brain and nervous system. The amount of research coming out about how our gastrointestinal tract can affect the overall health of our body is being released at an exponential rate. To add a layer of complexity, our body is home to trillions and trillions of bacteria with the majority of these bacteria located in our GI-tract. In fact, we have so much bacteria living on us (and in us) recent papers have reported to have (1) as high as 10 times the amount of bacterial cells on us than we do human cells (2). We are finding out every day new ways our unique bacterial fingerprint can positively or negatively affect our body’s physiology and how they can play an important role in various disease processes(3).

Although there has been studies showing the effect that microbiota transplantation or supplementation has on various diseases in humans, not much has been done for thyroid related issues. We know from certain animal studies that gastrointestinal bacteria can significantly affect selenium absorption (4). Selenium is really important for enzymes called “selenoproteins” with some of the major enzymes being iodothyronine deiodinases, glutathione peroxidases and thioredoxin reductases. These serve in various functions in the body that are important for not only proper thyroid hormone levels, but help aid immune function as well as prevent oxidative damage. Selenium has also been shown to help minimize the autoimmune tendencies iodine causes for our thyroid gland.

One of the ways bacteria can compete for nutrients with us is if they reside in the area in which we allow for absorption. Our small intestine is a 20 foot runway in which around 90% of our absorption of nutrients occurs. This area of our body should be relatively sterile from bacteria and if some migrate from the large intestine (where they belong) to the small intestine they can decrease some of our absorption of nutrients. A staple with people with SIBO is their very little capacity to tolerate or absorb certain carbohydrates. One recent study done in 2016, found that 73% of patients with hypothyroid had a harder time absorbing certain carbohydrates (fructose and lactose) (5). This is a common finding in people with SIBO. Not surprisingly another paper (6) showed that around 54% of people with hypothyroidism tested positive on a breath test for SIBO.

Lipopolysaccharides and your thyroid

Lipopolysaccharides (LPS) are compounds found in the walls of some gram negative bacteria. These lipopolysaccharides are huge triggers of inflammation. If these LPS are released from the bacteria cell walls and make their way into the bloodstream they can affect many different systems in the body, one of them being your thyroid. LPS has been shown to induce autoimmune conditions in animal studies (7), which can destroy more of your thyroid gland if you are one of the many people with autoimmune thyroid. Other studies showed that LPS can affect the conversion of your inactive thyroid hormone (T4) to the active form (T3), particularly in the liver (8). It in in the liver that roughly 60% of active T3 comes from. LPS can effect not only the T4 to T3 conversion, but also the number of thyroid receptors in the liver(9). Also, an increase in the inflammatory LPS showed a decrease in DIO1 enzyme activity, while the DIO3 enzyme activity stayed the same. More DIO3 enzyme activity correlates with an increase in reverse T3. Reverse T3 is inactive and can lower circulating levels of active T3. The same paper also showed the LPS can effect thyroid hormone receptors specifically in our frontal lobes of our brain (10).

Bacteria can possibly effect 20% of all thyroid hormone

If you remember in our Thyroid Physiology overview video, one of the places inactive T4 needs to be converted into active T3 is in the gut. Some experts say this accounts for roughly 20% of all of our active T3. This is because some T4 and T3 is converted into certain inactive forms of T3 in the liver called T3 Sulfate (T3S) and T3 acetic acid (T3AC). Certain intestinal bacteria contain an enzyme that can help convert T3S and T3AC into the active form of T3 (11). So the intestinal environment is an important player in the production of thyroid hormones.

Bacteria can enter our GI tract primarily through ingestion. Whether we like it or not, bacteria is all around us. It is on: the food we eat, the things we touch, the people we kiss – it is everywhere. In fact many of us have pathogenic bacteria on us right now. When we eat food with bacteria on it our biggest first line of defense (besides a certain enzyme called lysozyme in our saliva) is this big acid bag we call our stomach. Our stomach should be so acidic that it should kill the good majority of the bacteria we ingest. T4 has a major role in the production of stomach acidity. In animal studies, they showed that by removing T4 you also can significantly inhibit the stomach’s ability to produce acid(12). It is no surprise then that researchers found that 1/3 of people with thyroid autoimmunity had atrophic body gastritis (a smaller inflamed stomach) (13). If we lose the ability to produce stomach acid we lose not only the ability to break down and absorb our food, but the ability to kill the bacteria we ingest. Then if these bacteria make their way through the stomach they can set up camp and colonize in our intestines. This is the basis for all hidden GI infections. The good majority of our patients have some coexisting GI infections that are contributing to their problem. One of the first steps to creating a healthy intestinal environment is to make sure your stomach is nice and acidic; sometimes certain digestive enzymes can help with this. We also do a lot of work with stress management and making sure our patients have proper nervous system control over there GI tract which can help with long-term results.

Intestinal Permeability and your Thyroid Gland

Intestinal permeability, also known as Leaky Gut, can perpetuate immune dysfunction and is also found in people with autoimmune diseases (14). One paper has found that 40% of patients with Hashimoto’s have findings of intestinal inflammation consistent to lymphocytic colitis (15). Another paper proposed that those with Hashimoto’s have alterations in their intestinal cells, particularly in the space between the gut cells and the height of the cells. (16) Though there are several nutrients that can help with a leaky gut (like: glutamine, zinc, glucosamine, and many others), the best thing you can do as a first line of defense is an elimination diet. What I usually recommend is either a Paleo style diet or a Paleo Autoimmune approach until symptoms resolve, then gradually introduce new foods one at a time. Diet is absolutely essential. You will never be able to supplement your way out of a poor diet and lifestyle. The biggest food to remove is gluten containing foods (16), as well as other grains, dairy, nightshades, and nuts and seeds.