What Is Functional Medicine? Integrative Brain and Body In Downers Grove Skip to content 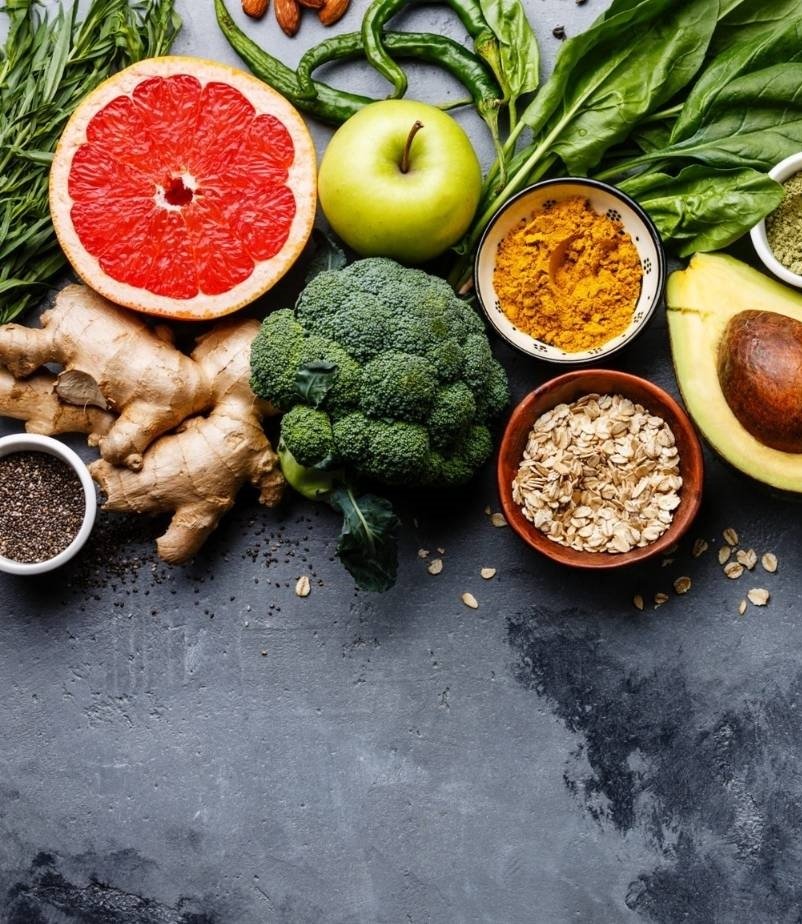 Functional medicine is an evolution of healthcare that better addresses the complexities of illness in the 21st century. Rather than using the disease-centric model, Functional medicine utilizes a more patient-centered, whole body approach. Functional Medicine is the principle of looking at the root cause of why a person is feeling the way that they do, instead of only trying to address an isolated set of symptoms.

Why Do We Need Functional Medicine? 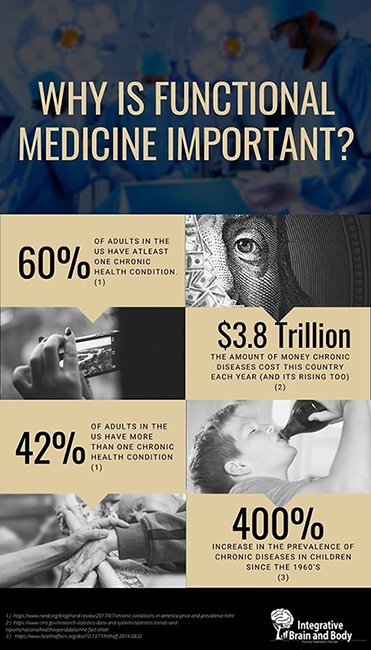 Where traditional medicine shines is helping people who are in acute and potentially life threatening conditions. This is because the traditional US healthcare paradigm was founded during a time when the top three causes of death were all acute, infectious diseases: typhoid, tuberculosis, and pneumonia. During the 1900’s people may have visited a doctor because they had an acute problem like: an injury/broken bone, or appendicitis, or an infection.  Not because they had things like: an autoimmune condition,  diabetes, allergies or asthma. So when drugs like antibiotics came out, they were revolutionary exciting new treatments that saved lives.

In modern times, the top three causes of death are all chronic disease: heart disease, cancer, and lung disease. Traditional medicine continued to take a “pill for an ill” approach to chronic disease. This approach may help in an acute scenario, but often does not work for chronic diseases that are often multifactorial. People go to their doctors trying to find out “why” they feel the way that they do, but in reality our current healthcare model is set up to be more of an acute-care or disease management model, rather than a true healthcare model. Because the lack of educating people of “why” they feel the way they do and teaching them what they need to do to become healthy, we are seeing a drastic rise in healthcare costs.

How is Functional Medicine Different? 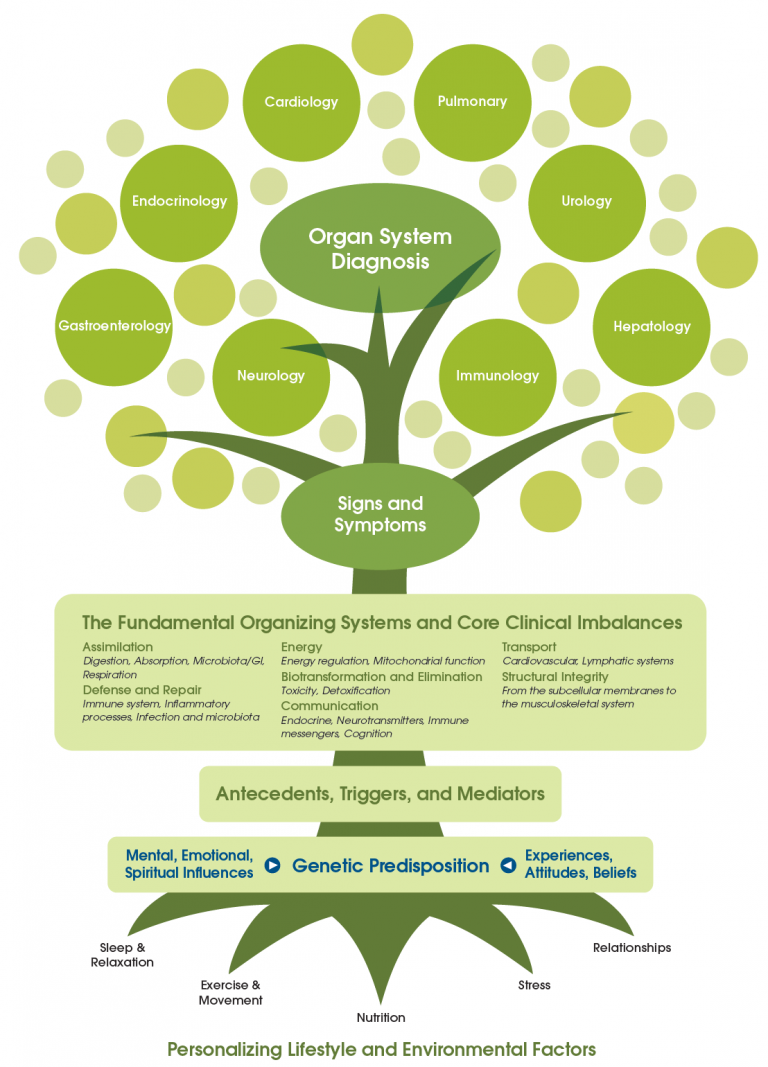 The image above (adopted from the Institute of Functional Medicine), uses a tree to visually represent certain core aspects of the Functional Medicine Paradigm. It also further highlights the difference between a Functional Medicine approach compared to a Traditional Medical Approach. In order to keep a tree healthy and allow it to thrive, you need to focus on the roots and soil. Similarly, if you had a plant that was wilting away and its leaves were brown, you wouldn’t start by working on the leaves. You would look to the soil and roots for answers to some of these same foundational elements.

Like the plant, in Functional Medicine it is important to look at the root cause of why people feel the way that they do. Some of these important factors are listed as the roots of the tree in the image above. These factors may include: sleep, exercise, nutrition, stress levels, relationships, past trauma, microorganisms, environmental issue and genetics. These are the roots and the soil, which are influenced by specific predisposing factors (antecedents), triggering events, and ongoing physiological processes (mediators), and can result in functional imbalances at the trunk of the tree. Overtime, these can ultimately result in the signs and symptoms that are grouped into a diagnosable constellation of symptoms that we call disease (represented by the branches and leaves).

Usually traditional medicine tends to look at the symptoms first (the branches and leaves), which usually results in a disease diagnosis. Often times the diagnosis is associated with a drug that treats the constellation of symptoms. The problem with this approach is that it neglects the more fundamental reasons and root causes of why people are getting those symptoms in the first place (the roots and the trunk of the tree). In the traditional medical system , two people with the same disease get treated the same way, even though what is fundamentally driving the disease can be different in each person.

Working With a Functional Medicine Practitioner

Functional medicine practitioners spend time with their patients, listening to their histories and looking at the interaction among genetic, environmental, neurological and lifestyle factors that can influence long-term health and complex, chronic disease.

Our main goal at Integrative Brain and Body, is to do two things. First, address the underlying causes of why people feel the way that they do. Second, is to put the patient back in the driver’s seat so that they feel like they are in control of their health and wellbeing. This comes from a journey that each patients go through. The care we try and provide is really a collaborative partnership between doctor and patient. We provide truly holistic care and look at the person as a whole. You are not your condition. Our goal with all our patients is to get them to a point where they feel so in control of their health, that they don’t need us anymore.

It is important to know that Functional Medicine is a paradigm. A lense in which practitioners looks at their patients. Because of this, many different specialties can call themselves “Functional Medicine” practitioners. It can be a mixed bag depending on who you see. We recommend people who may be interested in partnering with one of our practitioners at Integrative Brain and Body to schedule a complimentary free discovery call below. This call allows a safe space to get to know the practitioner you will be working with, and to see if our philosophy and our approach resonates with yours.