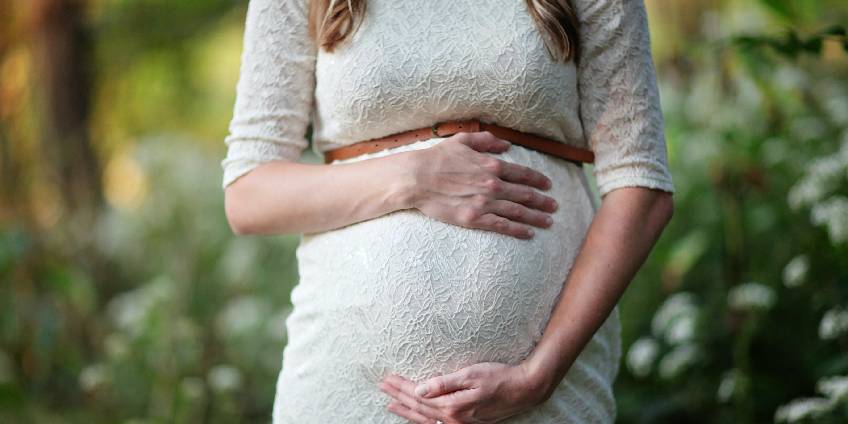 More often than not a thyroid story begins with “after my second or third child, my thyroid was never the same.” When a woman comes into our office with that statement, it becomes obvious that sex hormones play a large role in the thyroid hormone story. What many people don’t realize is that 80% of patients diagnosed with hypothyroidism actually have the autoimmune disease Hashimoto’s (1). Therefore, we can confidently say that sex hormones play an extremely important role in immune system function as well as thyroid hormone function. Pregnancy causes large fluctuations in sex hormones. The high amount of progesterone as well as estrogen that are running through a pregnant woman’s blood stream cause shifts in the immune system. To understand how pregnancy and the immune system relate to each other, we first need a basic understanding of how the immune system functions.

The immune system can be broken down into two large players: T-Helper 1 and T-Helper 2. They are monitored by T-helper 3 (sometimes called regulatory T3). When there is an imbalance between TH1 and TH2 we see autoimmune diseases.

Here is a very brief rundown on how each “player” functions. TH1 is the innate immune system. It is the “attacker.” They have the ability to kill bacteria, virus, parasite, yeast or anything they deem harmful or foreign. TH2 is the adaptive immune system. They will produce immunoglobulins that will help our bodies remember the harmful substance if we ever encounter it again and also play as a flagging system for TH1. When tagged with a flag, TH1 knows to zone in and attack. During pregnancy, a woman is growing a child who is part her and part dad. This could quite an issue with the immune system that is designed to attack “foreign.” In this scenario, the “foreign” tissues is the paternal molecules the child has. To protect the growing child, our immune system makes a giant shift. This is a normal shift that will or should eventually rebalance itself.

During the third trimester of pregnancy, a woman becomes T-Helper 2 dominant to protect the fetus. 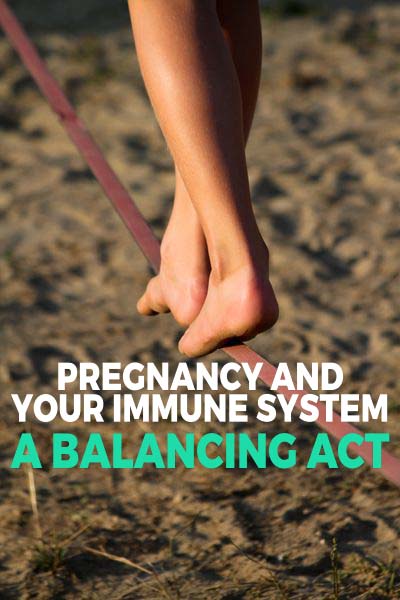 This shift allows for “immune tolerance” of the fetus that is expressing both mother and father molecules (3,4). This shift can only take place with proper sex hormones (2). Progesterone is an important contributor to the immune tolerance of the growing fetus (5). When a T cell that has been exposed to progesterone, it creates a protein fraction called progesterone-induced blocking factor or PIBF (6-7). This protein fraction will affect both placental immune cells and circulating immune cells (6-8). Progesterone is, therefore, protective to the mother from the fetal immune system and the fetus from the mother’s immune system. After pregnancy, a woman’s immune system shifts to T-Helper 1 and will eventually find its way to a healthy balance between TH1 and TH2 with the help of the normalization of hormones.

There are two stages to postpartum thyroiditis (1): thyrotoxicosis and hypothyroid. Because of the symptoms, thyrotoxicosis is often misinterpreted or misdiagnosed as postpartum depression (1). During thyrotoxicosis, a woman will have a high amount of thyroid hormones in her blood stream. This occurs 1-4 months after delivery of the child and typically lasts 1-3 months. The symptoms include anxiety, insomnia, palpitations, fatigue, weight loss and irritability. These are also symptoms we commonly associate with the stress of just having a baby! As you can see, since the symptoms can be shrugged off as “normal for what you’re going through,” the problem goes undetected until the woman hits the hypothyroid stage. This stages occurs 4-8 months after delivery and may last 9-12 months. The symptoms include fatigue, weight gain, constipation, dry skin, depression and poor exercise endurance. After the first experience of postpartum thyroiditis, the chance of recurrence with future pregnancies is 70% in women with positive thyroid antibodies (9). 80% of women will have a return of normal thyroid function within 12-18 months of the onset (1). However, 20% of those will remain in the hypothyroid state and will receive the diagnoses as hypothyroid even though the likely cause is actually the immune system. This leads to extreme frustration for mothers who are constantly having to raise their thyroid medication or switch from one medication to another while other seemingly unrelated symptoms occur that add to their list of illnesses or dysfunctions month after month or year after year. They will also feel the effects of large hormonal fluctuations such as PMS, irregular menses and inability to control their emotions.

Now you know, but what do you do?

If you’ve been diagnosed with hypothyroidism, ask to get antibodies checked. In particular, you are looking for TPO antibodies and TGB antibodies. For Grave’s disease add TSI antibodies. The research is recommending that women get screened for these antibodies when wanting to become pregnant or are currently pregnant. This can help identify the immune system dysfunction before it starts causing changes in thyroid hormones. Being pro-active in health is always easier than waiting for the disease to take hold! If you suffer from hormonal swings, get your hormone levels checked. As you’ve now learned, hormones and the immune system work hand in hand. Balancing your hormones will make huge differences in your immune system function. What are some key players in regulating hormones? Blood sugar, cortisol levels and liver function. Therefore, eating a well-balanced diet of protein and vegetables, getting adequate sleep and finding proper stress coping mechanisms will not only change hormones, but will change your immune system and your thyroid function.